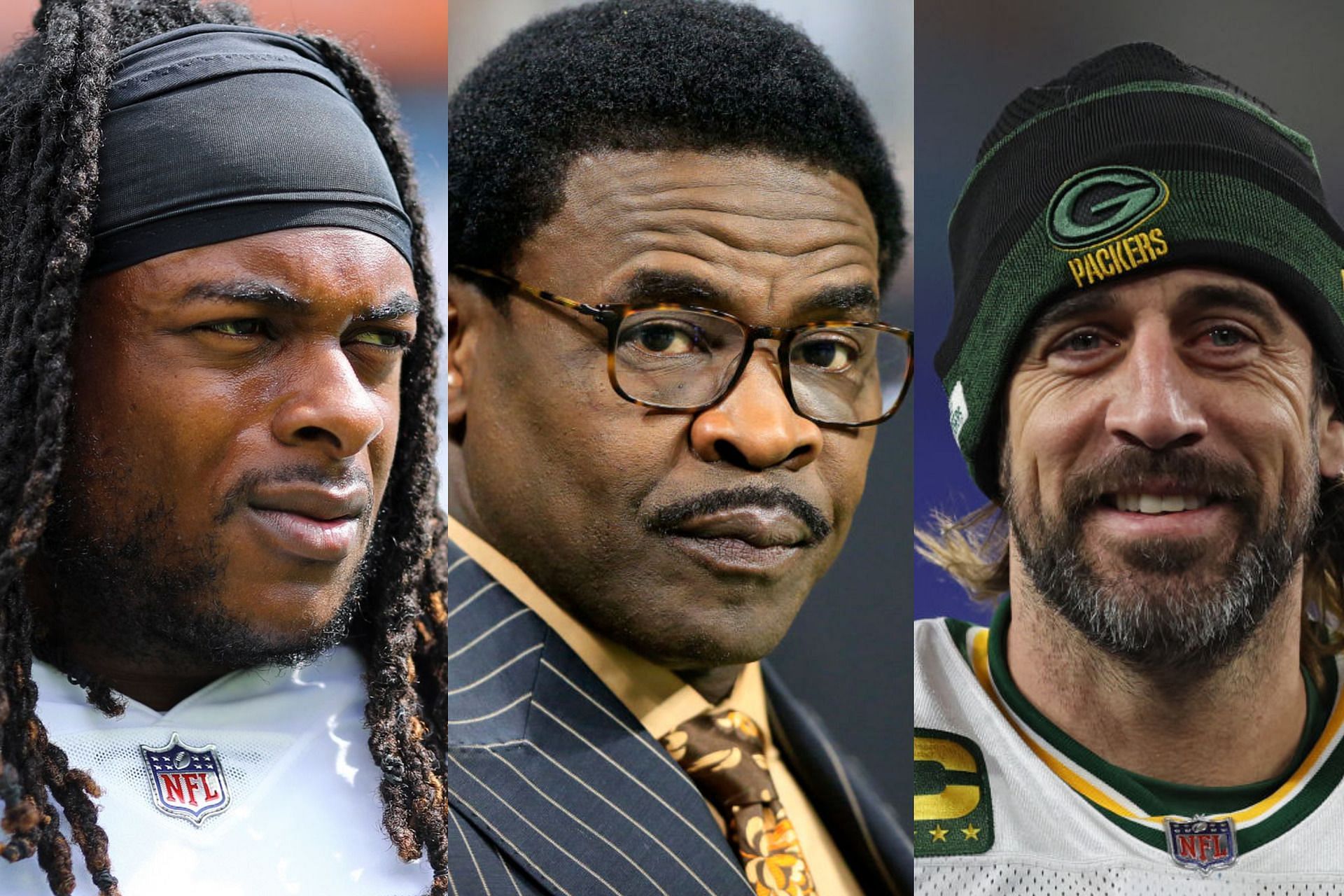 Aaron Rodgers’ play on the field has regressed this season. Entering this campaign, Rodgers has won the last two MVP awards and had high expectations even without Davante Adams.

Here’s what Michael Irvin said about Aaron Rodgers and Davante Adams on the Richard Sherman Podcast:

“I’ve never said another combination on the level of Joe Montana and Jerry Rice because we’ve seen them do the same thing, but this group, this group was there for what they were doing, they were there and why did you tear it down?”

Comparing the duo of Aaron Rodgers and Davante Adams to Joe Montana and Jerry Rice is certainly high praise. That’s true because the former Packers duo was so unique, and they’ve been successful for so long. With Rodgers and Adams, the Green Bay Packers were Super Bowl contenders every season.

If the Packers had done everything they could to hold on to Davante Adams this offseason, they would have been in a much better position.

Aaron Rodgers and Davante Adams in the 2022 campaign

Aaron Rodgers is having one of the worst seasons of his career. No one can deny that the departure of Davante Adams to the Las Vegas Raiders was a factor. Rodgers has a 93.2 passer rating with 2,542 yards, 19 touchdowns and seven interceptions in 11 games this season.

While Davante Adams is still putting up big numbers, it’s not about winning football. The Raiders have been a huge disappointment this season, and Adams is unlikely to make the playoffs. Adams has 64 catches for 925 yards and 10 scores in 10 games this season.

While this season looks like a busy campaign, these two still have time to improve.

If you use any of the quotes above, please give credit to the Richard Sherman Podcast and H/T Sportskeeda.