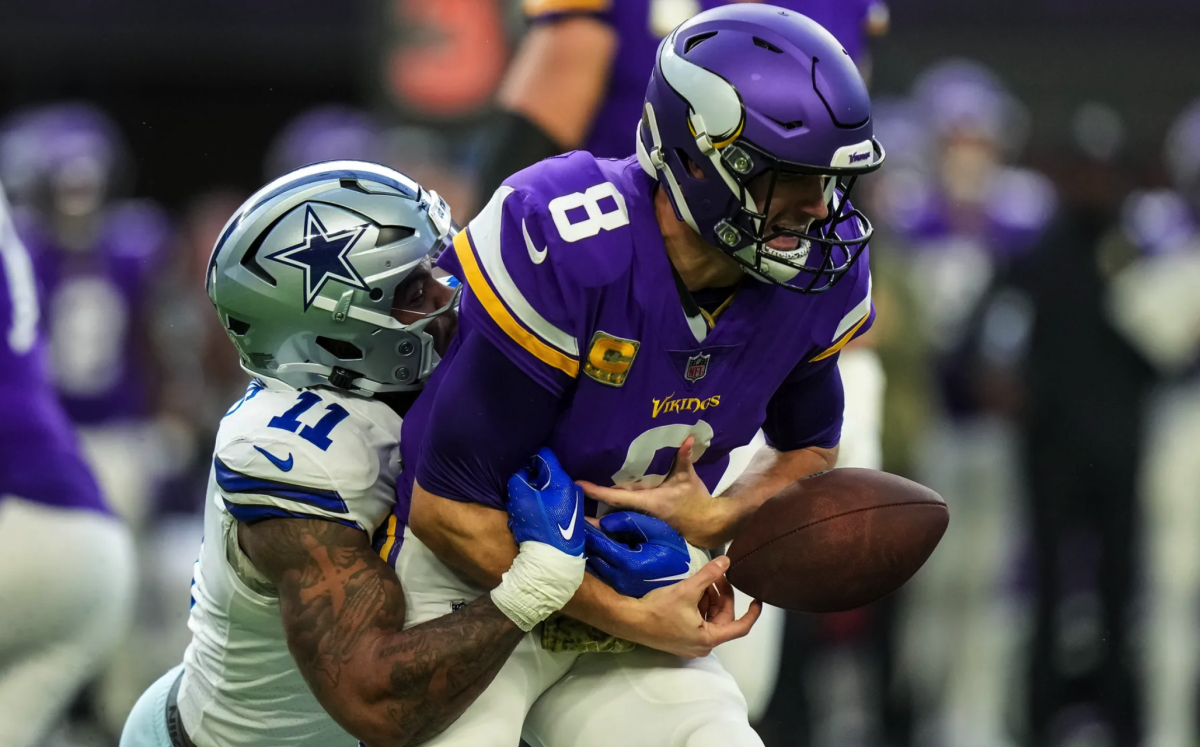 Not only did the Dallas Cowboys beat the Minnesota Vikings on Sunday afternoon, but they also beat the expectations of NFL quarterback-turned-ESPN-analyst Ryan Clark.

Like many after the Cowboys lost a late lead against the Green Bay Packers on their trip to Lambeau Field last Sunday, Clark didn’t think the Cowboys would fare well against the NFC North-leading Vikings. He went so far as to attribute the Cowboys to “all the odds” leading into the highly-anticipated showdown at US Bank Stadium, especially after the Vikings stole a thrilling win from the Buffalo Bills a week ago.

Instead, Dallas defied expectations to the tune of a 40-3 blowout that not only gave their side momentum in the late stages of the season, but also handed the Vikings their first loss of the season. It was also the Cowboys’ largest road win in franchise history and their first by at least 30 points since October 2017.

Clark told ESPN’s “Stand Up!” returned to the program. The program was executed Monday morning and unapologetically, its blame spanned every aspect of the dominant Dallas defense.

“(Defensive coordinator) Dan Quinn, Joseph Witt Jr., defensive backs coach, Jayron Kearse, Donovan Wilson, Micah Parsons, Trevon Diggs, I was wrong! I’m so sorry!” Clark stated. “What did you do, look at film and say what do you know? You’re going to have to do things you can’t do and hit me. I’m going to penalize Micah Parsons and let him rush. Your tackle … Trevon Diggs Justin Jefferson I haven’t watched any receiver other than AJ Brown all year. I’ll let you watch.”

“I think the Dallas Cowboys were good with the way they dialed their numbers in a timely manner. But more importantly, they ran, they hit, and they weren’t afraid. They came out on the field to make a point, and that point was made.”

The Cowboys (7-3) allowed just 183 yards on Sunday and shut down some of their most prominent offensive weapons. Jefferson was limited to 33 yards on receiving trips, and Cousins ​​was sacked seven times. Parsons, Dorrance Armstrong and Sam Williams combined for two touchdowns, which also limited Minnesota (8-2) to 159 passing yards (54 from backup quarterback Nick Mullens after Cousins ​​was pulled out of the carnage).

Dallas won’t have to wait long to prove its doubters wrong: It has its annual short holiday week ahead, as it battles the New York Giants this Thursday on Thanksgiving afternoon (3:30 ET, Fox).

Warning to Team America! Pick up Your Dallas Cowboys TICKETS from SI Tickets… are here!