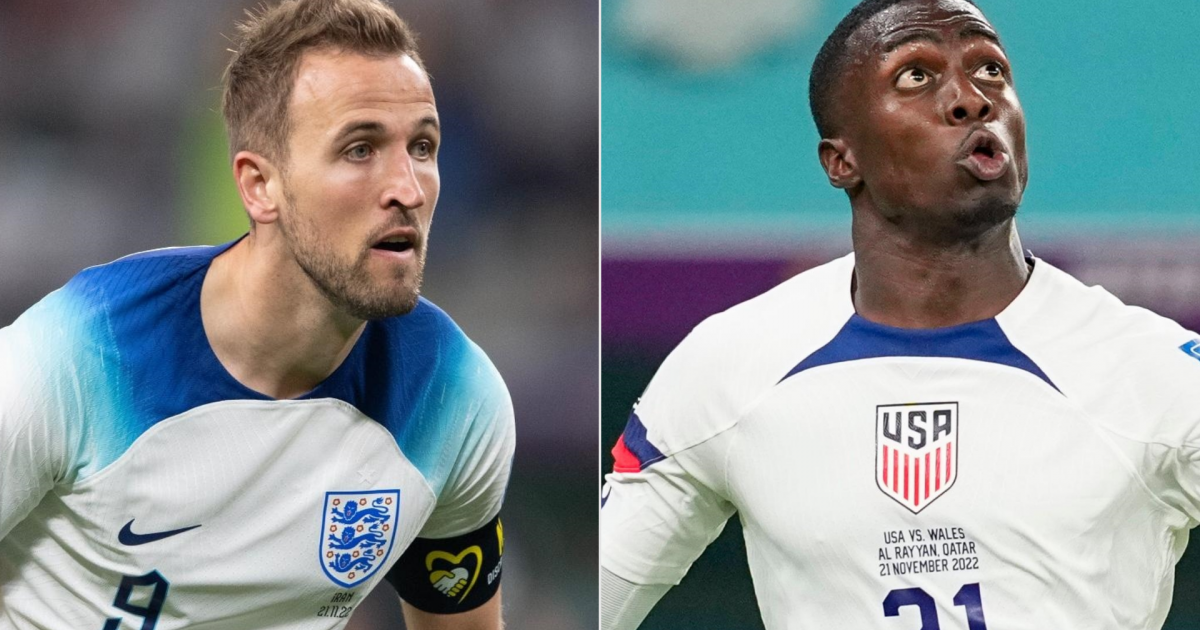 Two of the teams Canada could meet if they reach the quarter-finals of the 2022 FIFA World Cup will face off in match two of the finals when England take on the United States on Friday.

After Canada push Belgium all the way but were defeated 1-0 in Group F, they are likely to have to aim for second place, which would put them on a potential collision course with the runners-up in Group B, if they reach the final eight.

Les Rouges, which saw England beat Iran and the United States draw with Wales, could also challenge the group winners if they reach the semi-finals.

Here’s how to watch all the action in Canada.

TV channel England vs. US to Canada

The 2022 World Cup will be broadcast in Canada by rights holders Bell Media. The games will be shown on Bell Media platforms, including primarily TSN, with some games shown on network television station CTV. Bell Media will also broadcast the World Cup in French via RDS.

Journalists Matthew Scianitti and Daniel Zakrzewski will provide additional coverage in Qatar, and the rules expert on the spot is Joe Fletcher.

For the French-language broadcasts, Olivier Brett and Claudine Douville are the lead commentators, with Patrick Leduc and Jean Gounelle leading the analysis team.

While all 2022 FIFA World Cup games will be available on cable in Canada, there are some streaming options as well.

Bell Media offers streaming through the TSN app, TSN GO, and on TSN’s website, TSN.ca. For Bell Media cable customers with TSN in their subscription package, they can log into the TSN GO app with their cable access and access content at no additional cost.

Fans can also purchase a subscription to the streaming service through a monthly or yearly subscription, allowing cable-free fans access to all of TSN’s content, including the 2022 FIFA World Cup.

Unfortunately, it is not possible to stream World Cup matches live in Canada.

Customers must be subscribed to a television package including CTV, TSN or RDS in order to stream any World Cup match shown on that particular channel.

How to watch the 2022 World Cup in Canada

The 2022 World Cup will be broadcast in Canada in English by TSN and CTV and in French by RDS. All channels are owned by parent company Bell Media.

Every game of the entire World Cup will be broadcast in Canada, via cable or terrestrial television. In addition, every game in the tournament can be streamed.

Every Canada match, as well as 15 group stage matches and over half of the knockout stage matches, will be televised over the air via CTV.

All matches will be broadcast in French on RDS or RDS2, with replays available on RDS2 and RDS Info. Fans can refer to the RDS World Cup broadcast schedule for any last minute updates or changes.