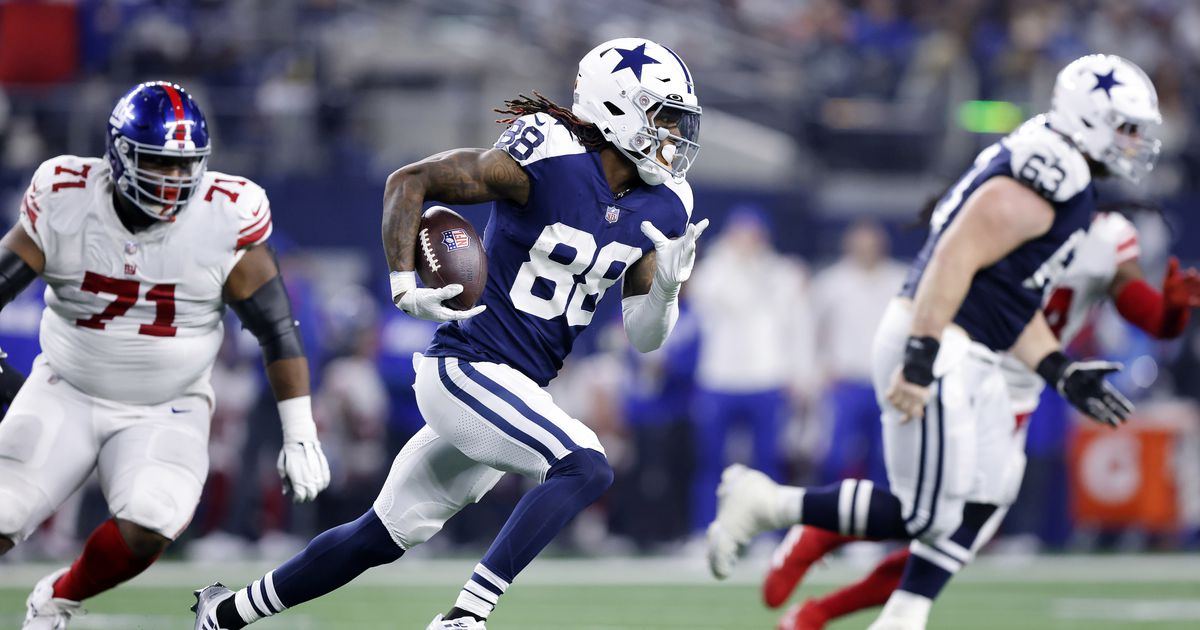 ARLINGTON – One of the toughest stretches of the season is over.

A Thanksgiving matchup against the New York Giants capped a three-game stretch in 12 days. The Cowboys needed to win at least two games to keep their regular season aspirations alive. They did it.

An unexpected, tough loss to Green Bay was followed by a big win against Minnesota. Thursday’s game against a division rival was a tiebreaker.

The Cowboys’ performance landed somewhere between the extremes against the Packers and Vikings. Dallas overcame a slow start to outscore the Giants 28-20 in the second half, fighting off the malaise that had plagued the locker room in the days leading up to this game.

A team that may have doubted itself after losing overtime to Green Bay in Mike McCarthy’s return responded with a decision that should pay dividends the rest of the season.

“These are losing houses,” Packers Dak Prescott said. “Not only did our head coach not win, but we did it in style. Went up a couple of balls, lost the lead, couldn’t convert the third ball, gave the ball back to #12 (Aaron Rodgers) and then saw him play to beat us.

“But I’m proud of these guys. Keeping our heads down and focusing on ourselves, focusing on how great we can be and trying to make a perfect brick every game.”

The brick laid at Dallas’ AT&T Stadium was not nearly as impressive as the brick laid five days earlier in Minneapolis. But it allowed the Cowboys to sweep the Giants in the season series and slide into second place in the NFC East with an 8-3 record.

The team’s next two games are at home against Indianapolis and Houston. The Cowboys then hit the road against Jacksonville.

Those three teams have a combined record of 8-21-2.

“I feel good,” McCarthy said. “We have to play a lot of football ahead.

“The good thing about where we are is that we are in control of our own destiny.”

The first half did not go well for the Cowboys. McCarthy gave the Giants an early field goal when a decision to go for it on fourth-and-2 from their 40-yard line failed.

Prescott was involved in a potential six-point touchdown in the final two minutes of the half when his punt was picked off at the Giants’ 10-yard line. Eight plays later, Graham Gano kicked a 47-yard field goal to send New York into the locker room with a 13-7 lead.

“We got back on our feet,” said Prescott, who completed 11 of 14 passes for 145 yards in the second half after two interceptions in the first half. “We made a mistake and stopped stepping on our feet. We didn’t turn the ball over. We were able to get into that rhythm.

“We can do that when we focus and execute between the whistle and the finish. This is our standard. This is where we hold each other.

“When we didn’t do that in the first half, it was difficult. But we get it, it’s the NFL. It’s tough. We have to be honest with each other, stick to our game plan and stick to it.”

The Giants have been one of the most surprising teams in the NFL this season. New York entered Thanksgiving with a similar record in Dallas, as it kept games close and found ways to win in the fourth quarter.

The key for Dallas: Time of possession.

“We’ll take it easy until the fourth quarter,” McCarthy said. “We felt that time of possession was going to be key.”

The Cowboys held the ball nine minutes longer than the Giants. New York had the ball for just 5:16 in the decisive third quarter.

McCarthy admitted it was difficult to prepare for Thursday’s game. Enough players are sick or weather permitting that he plans to hold Zoom meetings early next week.

The Cowboys were beaten hard by the Packers 12 days ago. They turned back from him.

They also get sick from the team.

“Obviously, we’d go 3-for-3,” wide receiver C.D. Lamb said. “Actually, we were 2-for-3. But the short week, the travel, understanding the number of guys we had sick, that was probably the hardest part.

“We understand that we have to prepare for anything.”

Watch David Moore and Robert Wilonsky co-host The Intentional Burial every Wednesday at 7pm during the Cowboys season on The Ticket (KTCK-AM 1310 and 96.7 FM).