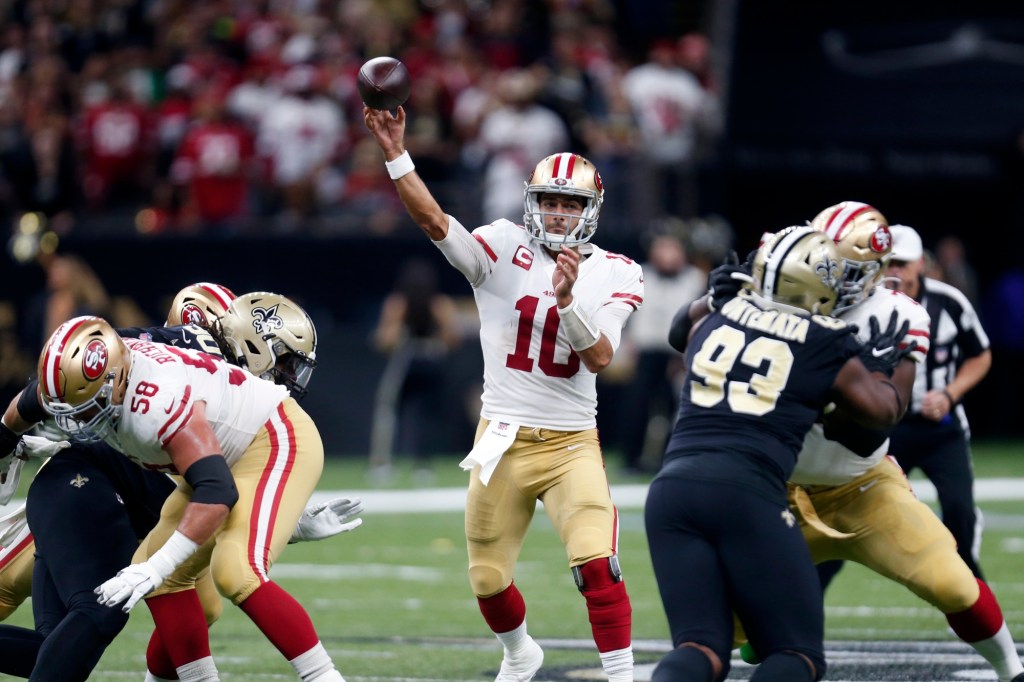 Long story short, thanks for these Week 12 NFL picks:

49ers 30, Saints 14: A post-Mexico, post-Thanksgiving setback is unacceptable for the 49ers in the postseason. By the way, remember the 49ers playoff win over the Saints at Candlestick a decade ago? Yes, Niners fans are still thankful for that.

Cowboys 21, Giants 10: This O’Dell Beckham Jr. sweepstakes will become a major storyline as the game opens, and one look at the Giants’ weakened offensive line will have OBJ OMG and flying to DFW. Line: Cowboys -10

Patriots 20, Vikings 17: It’s the first of four prime-time games on the Patriots’ schedule. Kirk Cousins, not made for prime time. Line: Patriots +2 1/2

Broncos 26, Panthers 20: Sam Darnold made his first start at quarterback for the Panthers this season. Where will he spend next season? Line: Broncos -2 1/2

Buccaneers 23, Browns 21: A post-Munich, post-bye setback is unacceptable for the Bucs in the postseason. Line: Browns +3 1/2

Ravens 24, Jaguars 23: After beating the Panthers last week, the Ravens eliminated the NFL’s other expansion franchise in 1995. Line: Jaguars +4

Dolphins 37, Texas 13: Mike McDaniel worked in the bye lab to get this win and return to Levis Stadium next Sunday. Line: Dolphins -13 1/2

Titans 21, Bengals 17: Tennessee outscores its scoring average (19.3 points per game) and keeps the Bengals from being intimidated by the average (26.5 points). Line: Titans +2 1/2

Raiders 26, Seahawks 24: A post-Munich, post-bye setback sunk the Seahawks as the Raiders won back-to-backs for the first time this season. Line: Raiders +3 1/2

Chiefs 33, Rams 19: With the Rams’ championship reign coming to an end, don’t feel bad for Aaron Donald about his dwindling assistants. Road: Rams +15 1/2

Eagles 24, Packers 23: Philadelphia improves to 4-1 with this final prime-time appearance — unless they flex perfectly to replace the Raiders at the Steelers on Christmas Eve in Dallas. Road: Packers +6 1/2